This section contains announcements and postings relating to ex-DTELS members of staff who's death has been notified to this forum.
Post Reply
2 posts • Page 1 of 1

It's with great sadness that I read about the passing of Ted.
I met Ted when I was posted to Brierley Hill Detachment, 2 weeks after my joining HOWD in July 1968 at Romsley, where he was SWT.
Being new to the job and both originating from the south of England he took me under his wing, so to speak. For the next 2 years he was my mentor, teaching me all about Home Office systems, until he was promoted to CWT. He recommended that I be acting SWT at the Detachment until a replacement arrived.
We both lived in Willows Brook Road, Halesowen at the time and I remember Martin as a lad !!
RIP Ted.
Top

It is with regret to announce I have received an email from Martin Morgan to say that his father, Ted (Edward Martin) Morgan, died on 16 April 2002 in the Allenbrook Nursing Home in Halesowen following a long period of post retirement ill-health brought about by his period in wartime captivity in the far East and the malnutrition that went with it. He was 79 (DOB 05/10/22). Martin kindly included the following text:

"To expand on his background he studied at the London County School of Marine Engineering and Navigation in Poplar until the age of 17 at which time he joined the RAF as a Radar Technician. He was in the Far East for the majority of the war and following his capture in Malaya he spent much of that time as a "guest of the Japanese". On his release he spent 12 months recovering at RAF Cosford then returned home to London. He initially worked for both Cossor & Regentone developing some of the first generation TV's and then for most of his working life joined the 'department' at Hannington Depot in 1949 (I think). We lived in Kingsclere at the time where I was born and I remember that Dad could not drive at the time of joining so his colleagues at the depot had to teach him.

Just to add a little flavour of what he got up to, I remember stories of helping develop mobile installations for Rover Police cars. To this end he was give access to the Rover SD1 before it had reached the market. I also remember him saying that there was a problem with Volvo's whereby the electronic ignition would cut out if the radio equipment was turned on. Lastly, when he was Regional Director in Birmingham (or it might have been when he was at Harrow), he used to "disappear" from time to time. Later he told me that he occasionally took trips to Northern Ireland with his military "friends" from Hereford. Mum was never told this.

There are many others names in the DTELS forum bereavement section that I recognise as Dad's close colleagues and friends. The first name that I came to was Brum and I was pleased to see that Dad featured in one of the pictures." 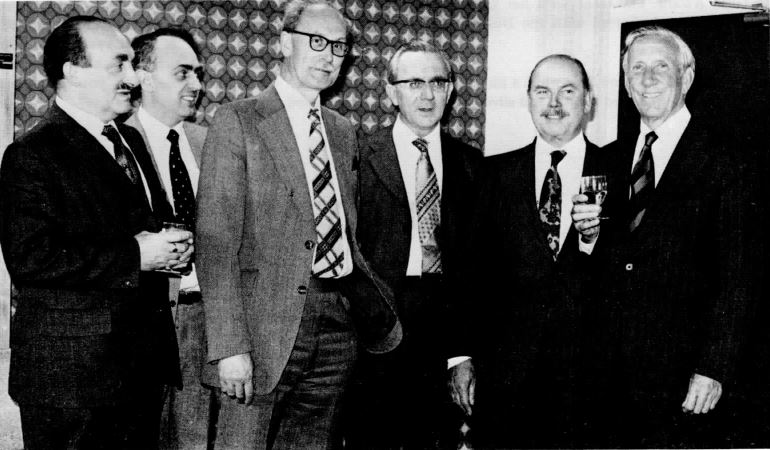